charles c. smith is a poet, playwright and essayist who has written and edited twelve books. He studied poetry and drama with William Packard, editor of the New York Quarterly Magazine, at New York University and Herbert Berghof Studios. He also studied drama at the Frank Silvera’s Writers’ Workshop in Harlem. He won second prize for his play Last Days for the Desperate from Black Theatre Canada, has edited three collections of poetry (including the works of Dionne Brand, Marlene Nourbese Phillips, Claire Harris, Cyril Dabydeen, Lillian Allen, George Elliot Clarke, Clifton Joseph), has four published books of poetry and his poetry has appeared in numerous journals and magazines, including Poetry Canada Review, the Quille and Quire, Descant, Dandelion, Fiddlehead, Anti-Racism in Education: Missing in Action (Canadian Centre for Policy Alternatives), the Amethyst Review, Bywords, Canadian Ethnic Studies and others. charles was the founder of the Black Perspectives Cultural Program in Regent Park and recently received a grant from the Ontario Arts Council’s Writers Reserve Grants Program and the Toronto Arts Council Writers Grants Program.

Program Manager of Cultural Pluralism in the Arts Movement Ontario (CPAMO), Kevin is also the Artistic Director of KasheDance, movement coach and Arts Marketing Consultant. The Ontario Arts Council’s Chalmers Fellowship recipient (2017), KM Hunter Dance Award Nominee (2016), Toronto Arts Council’s Cultural Leaders Lab Fellow (2015) and The Canada Council for the Arts’ Victor Martyn Lynch – Staunton Award 2014 recipient for outstanding achievement by a mid career artist, he has many interests in the creative practice and administration in dance. He has honed his passion for dance, advocacy, writing and education while performing with various companies and projects in Canada, the Caribbean and the United States.

Victoria Glizer graduated from the University of Toronto in 2011 where she completed her BA in Arts Management and Visual Arts. She has worked in the not-for-profit cultural sector in different capacities for the last 10 years and has experience in project management, graphic design, communications, and event management. Victoria recently completed the Public Policy and Administration Masters Program at Ryerson University. She is also a practicing visual artist, exploring line, texture, and storytelling with painting, drawing and mixed media.

Gia has been working as a stage/production manager/administrator in Canada for the past fifteen years. She is a graduate from the University of British Columbia with a Major in Theatre and a Minor in Spanish Literature. She Immigrated to Canada from Venezuela in 2003. Gia has worked extensively as a Stage Manager for productions like: Tony N’ Tinas Wedding (Hoarse Raven Theatre), Wild Rose (Fringe 2008/Bumpershoot 2009), The Honeymoon (Pick of the Fringe: Vancouver 2009), The Talking Stick Festival (2010&2011), BUG (Toronto 2020 Production/High Performance Rodeo, Calgary 2019).

While working as a Stage Manager she realized she could start training in administration and production and dove into working with Left Right Minds Initiatives as a production assistant. This work allowed her to understand the ‘backstage’ of a production. In Toronto she has been working with the Venezuelan community; stage managing, producing and touring Monique Mojicas “Chocolate Woman Dreams the Milky Way”; and assisting company management for “Arrabal”, Head of Administration at Modern Times Stage Company and General Manager for Aluna Theatre. Gia now lives/works in Kingston, Ontario.

Kelly Lynne Ashton has been working in the Canadian film, television and digital media industries for over twenty years. She has worked as a business affairs executive in several Toronto television production and distribution companies and acted as Senior Producer at a children’s web studio and developed, managed and marketed an online youth research company.   She worked in government relations as Director of Policy at the Writers Guild of Canada. Kelly Lynne is currently bringing together the different strands of her career in the Canadian media industries – legal, business, marketing and research – and providing consulting services to clients in all areas of the cultural industries.   Kelly Lynne obtained a Certificate in Leadership and Inclusion from Centennial College and implemented it in authoring the “A Diversity and Inclusion Toolkit for the Interactive Digital Media Industry” and now also provides diversity and inclusion consulting and research services to organizations.

An innovative leader with extensive experience in screen based, digital and emerging media. A creative and innovative leader with 30+ experience in screen based, XR, digital and emerging media. Inspired collaborating with creative teams, in the arts, media, entertainment and technology sector; leading in the development, production and delivery of compelling projects. His artistic practice explores Digital Arts, Media Arts and Immersive Curation. 20 years of Board and Committee experience volunteering with non-profits, collectives, movements and community organizations. He brings to bear his proven ability to provide team leadership, driving performance, win community support and build relationships.  https://www.linkedin.com/in/perryvoulgaris/

Erin Jones
Erin has worked as an actor, theatre board member, publicist, director and playwright in the Greater Toronto Area for the past fifteen years. She is a graduate from Central Michigan University with a Master of Arts in Community College Education. She also has a Bachelor of Science degree in Psychology from the University of Toronto with a Minor in Social Anthropology.
Erin created Wonder Jones Productions to promote inclusive content and theatre. She has written and produced productions including Lovingly Yours, Olive and Time Limits Dropped on Easter Sunday both featured at the Toronto Fringe Festival.
DDI certified, she has developed and facilitated leadership, organizational development and performance management programs which she has delivered globally. Erin has worked in the finance, government, education and non-for-profit sectors in senior learning and development roles for the past 15 years.

Parul Pandya has been skillfully working in non-profit in various roles through the past decade, including as a community builder, consultant, programmer and producer. After managing in community granting for the largest government funder in Canada, she seamlessly transferred her knowledge, passion and skills to open her own consulting practice. Community Impact Non-Profit Consulting strategically enables community engagement and equitable innovation. She has had the honour to work with such clients as StreetART Toronto, North York Arts, WorkinCulture and many other local service organizations. Parul is a highly in- demand teacher and facilitator, delivering over 30 trainings around anti- oppression, equity and community-engaged arts education.

Her attraction to advocacy emerged with her work as a Queer South Asian freelance writer/poet, over a decade ago. She strongly believes representation matters and it’s important to share stories. She has a deep passion for ethics and social justice, which she teaches at Centennial College. She feels fulfilled when using community arts as a tool for community engagement and colourful expression.

Her approach to exchange is a high-engagement approach, encouraging participation through self-reflection, empathy, creativity and common understanding. She is also lending her expertise to the Digital ASO, a Canada- wide initiative to foster intentional culture collaboration and co-creation in the digital world, as the National Alliance Equity Manager through 2021.

Sedina Fiati is a Toronto based facilitator, artist and activist. She is currently Artist Activist in Residence with Nightwood Theatre and nearing completion after 3 years with Generator as Training Consultant for the Artist Producer Training Program and a member of their Strategic Advisory Committee. She was the co chair of ACTRA Toronto’s Diversity Committee and ACTRA Toronto Councillor and 2nd Vice President of council for Canadian Actors’ Equity Association. Recent projects: Toronto Fringe – Equity, Diversity and Inclusion Audit, various workshops in anti oppression, anti Black racism and social justice (Volcano Theatre, Clarice Season 1, Tall Boyz Season 2, York Regional Arts Council, Firecracker Department). She is one of the founding members of the Black Pledge Collective: www.theblackpledge.ca

Shannon Litzenberger is an award-winning contemporary dancer, choreographer, director, advocate and leadership developer based in Toronto. She creates imaginative performance experiences that explore our relationship to land, the politics of belonging, the importance of community, and the forgotten wisdom of the body. Her perspective grows from her roots in Canada’s rural prairie and the profound, embodied effect of close-to-the-land living. Shannon is a seasoned cultural policy thinker and advocate of positive social change. Interested in the transformation of people and systems through embodied practice, she designs and facilitates workshops on collaboration, leadership, inclusion and transformational change within organizational settings, using movement-based interventions. She has worked with many institutions including Business/Arts, Banff Centre for Arts and Creativity, the Pierre Elliot Trudeau Foundation, the Metcalf Foundation, and the Ivey Business School at Western University, among others. Shannon is the recipient of the Jack McAllister Award for accomplishment in dance and a twice-shortlisted finalist for the KM Hunter Award. www.shannonlitzenberger.com

Sheila has been engaged in collaborative consulting work with arts organizations since 2014, in the intersecting areas of conflict resolution and equity-focused practice. Topics have particularly included an attention to whiteness and racism. The work has included research, workshop design and delivery, training and policy guide development, and conflict mediation.

She was the staff Equity Officer for a union Local for almost 14 years. She successfully negotiated equity-related contract provisions, and effectively represented union members in human rights focused- grievances and complaints.

Sheila holds a PhD in Adult Education and Community Development from OISE/University of Toronto (2011). She is also the author of Taking responsibility, taking direction: White anti-racism in Canada (Arbeiter Ring, 2005). 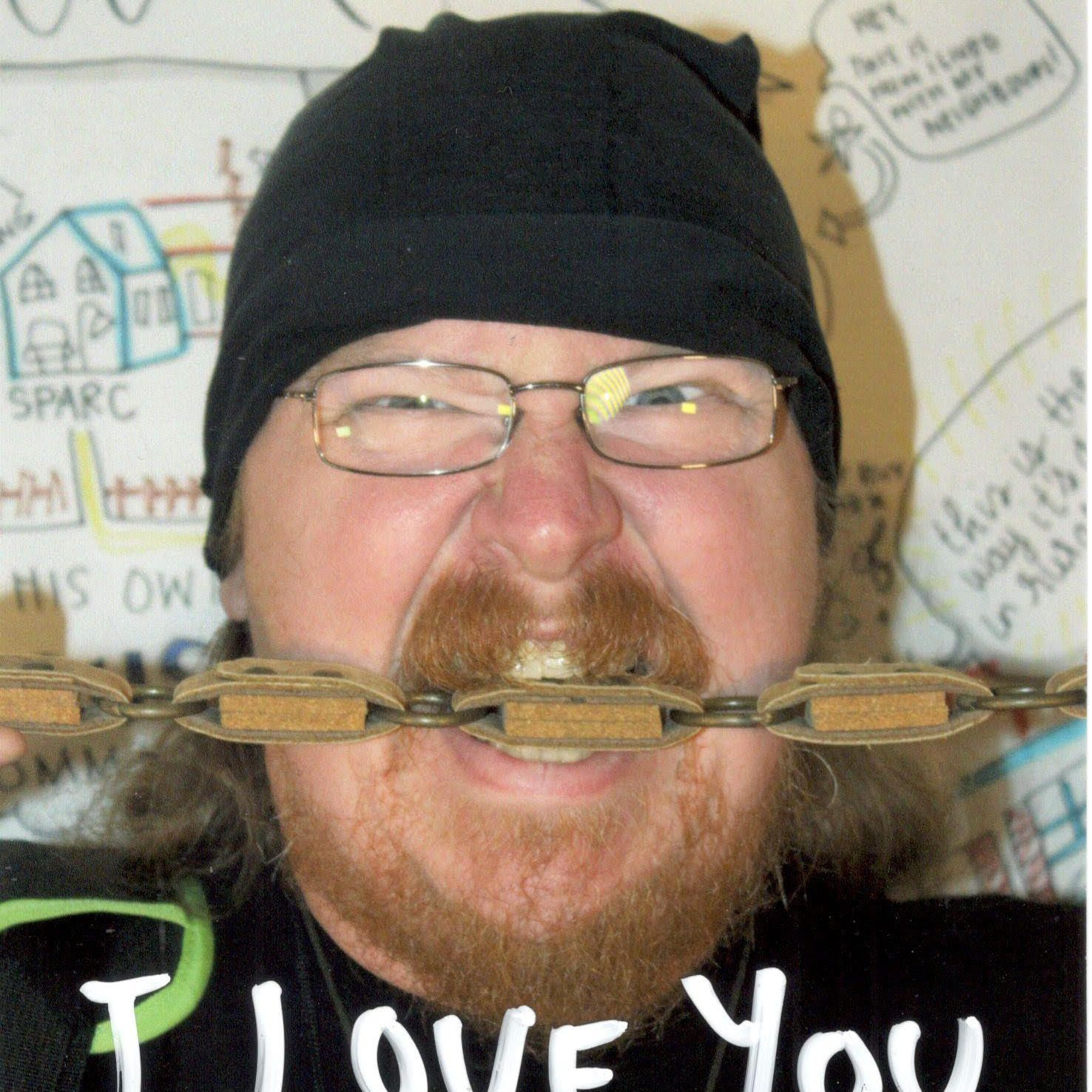 Clayton Windatt is a Métis non–binary multi-artist living and working between Sturgeon Falls and Toronto, Ontario. Clayton holds a BA in Fine Art from Nipissing University and received Graphic Design certification from Canadore College. With an extensive history working in Artist-Run Culture and Community Arts, and through their own activism, Clayton works towards healthier relationships for national and global Indigenous artists and communities. The former Executive Director of the Aboriginal Curatorial Collective, Clayton maintains contracts with several colleges and universities, arts magazines, arts councils, arts organizations, and other organizations as a critical writer, columnist and consultant in addition to pursuing their independent arts practice. Clayton is an active filmmaker and director with works featured in festivals such as ImagineNative and the Toronto International Film Festival and recent commissions by the National Film Board of Canada. Clayton works in/with community, design, communications, curation, performance, theatre, technology, and consulting, and is a very active writer, filmmaker and visual-media artist and was recently appointed to the National Gallery of Canada’s Board of Trustees.