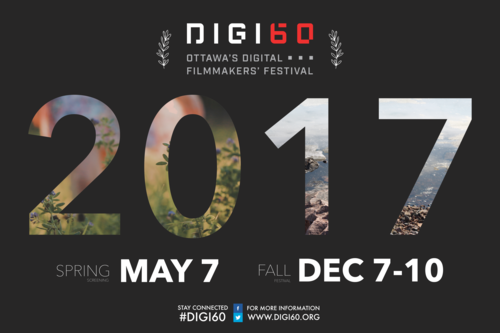 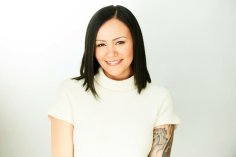 Maika Harper is an Inuit actress born in Frobisher Bay, Northwest Territories (currently known as Iqaluit, Nunavut). She moved away from home at the age of 14 and has continued to travel the world ever since. Maika studied Classical Acting in the BFA program at the University of Windsor and Acting for Film and Television under David Rotenberg at the Professional Actor’s Lab in Toronto. Maika’s foray into television came when she was cast in the original pilot for Mohawk Girls in  2010. She has also appeared in Kim’s Convenience on CBC. She now lives in Toronto with her family. 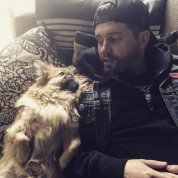 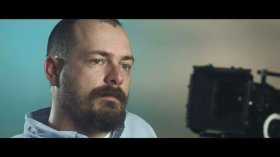 After graduating from the prestigious Canadian Film Centre, this heralded writer/director made his feature debut – the micro-indie comedy MANGIACAKE which was released in April 2015 and went on to praise as a “hilariously real comedy” and “perverted ethnic comedy”, garnering a theatrical run as well as TV distribution.

Nate continues to explore and invent. Production on a 360VR documentary entitled IT HAPPENED TO ME began September 2016. The project retraces the healing process of a sexual assault survivor and will complete mid 2017.

Recognized as a fresh new voice and talented feature director, Nate’s careful eye and keen ability with actors won him an invitation to join the Directors Guild of Canada (DGC) in late 2015 as part of a select new wave and up-and-coming independent directors.

Sarah Deline is a Producer and Production Manager with 25 years in the business. She has worked on such feature films as I am the Pretty Thing That Lives In The House, The Monster, The Blackcoat’s Daughter, Penthouse North, Midnight’s Children, The House at the End of The Street, The Day and Smash Cut, just to name a few.

Sarah was born and raised in Ottawa, Ontario where she began her career in 1992 as a PA, then her career took off in 2000 with the animation and television industry. In 2008, Sarah shifted into feature film where she worked internationally with production houses to build feature development and service work throughout the national capital region. Her work has assisted with bringing award winning Canadian content to Ottawa as well as critically acclaimed story telling. Recently Sarah has made the move to Toronto, where she was the Production Manager on Crawford, Season One for CBC and Comedy Central. 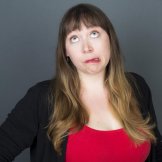 Elize Morgan is a writer of TV, games, and digital series. Elize has created and produced two digital comedy series, PRETTY IN GEEK and THE GATE. She was also the editor of HOW TO MAKE A WEB SERIES book. Elize wrote for the CSA -winning convergent project GROJBAND: THE SHOW MUST GO ON. She was also part of the original development team for the Space/BBC America one-hour drama ORPHAN BLACK.

Elize has worked on a variety of children’s media projects including the forthcoming girls action series MYSTICONS, CBC’s OLLIE: THE BOY WHO BECAME WHAT HE ATE! and BAGEL & BECKY. Elize has an MA in Popular Culture and is a graduate of the CFC’s Prime Time Television Writing Program.

Ed Kucerak is an Ottawa-based director/producer specializing in documentary and television productions. Founder of Kublacom Pictures, his productions have been broadcasted on television and featured in film festivals in Canada, the United States and around the world. Ed’s directed documentaries include Partners for Peace, How Can a Boy, This is My Witness and One of the Last. He is also producer of the documentaries Lady in Garden and The Secret Lives of Butterflies as well as the television series Get a Life (Seasons 1 to 4) and Grouille-toi (Seasons 1 to 4). He is a strong advocate and supporter of the Ottawa filmmaking community offering advise and practical assistance to local filmmakers and their film projects on an on-going basis. Ed is an active member of the Documentary Organization of Canada and the SAW Media Art Centre and is recipient of the Rob Thompson Award for Mentorship from the Ottawa Independent Video Awards. He is also one of the programmers and founders of Ottawa Indie Fest.

Samuel Ellis is a wildlife cameraman with a special interest in natural history.  He believes in protecting the wild for the sake of it being wild.  He has been a cinematographer on productions for BBC, CBC and France TV5.  Most recently, he has filmed for BBC’s next landmark series Seven Kingdoms and CBC’s five-part legacy series The Wild Canadian Year.  He is currently working as a cinematographer on the IMAX film The Great Bear Rainforest. 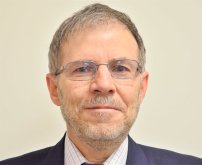 Gerald has volunteered with the One World Film Festival since 2011, became a member of the parent organization One World Arts Board in 2016 and is currently its president. As an active member of the festival organizing committee, he has also helped coordinate its screening committee and program team.

Gerald has decades of involvement in the film community.  He is the longtime film critic for the Saskatchewan-based weekly journal The Prairie Messenger where his “Screenings & Meanings” columns appear in print and online. He first began publishing film criticism in 1982.  For many years he has also been active as an ambassador member of the Canadian Film Institute.

Gerald holds a doctorate from Carleton University and has a deep background in international issues. He is the author of numerous publications. In 2013 he was named an “alumni of influence” by the University of Saskatchewan’s College of Arts and Sciences.