This session will explore the changing landscape of Canadian literature and what organizations involved in it are doing to increase the presence of Indigenous, racialized and other marginalized writers.

Siobhan O’Connor is the Associate Director of The Writers’ Union of Canada. Her work with the Union includes strategic planning and financial management. Siobhan recently presented on the State of Writing & Publishing in Canada at a panel organized by The Authors Guild in New York. She also works with international partners from the UK, US, and Australia.  Siobhan was the Union’s representative on CPAMO’s Pluralism and Organizational Change Through Inclusive Equity Education in the Arts Project initiative. She is a member of the Doris McCarthy Artist in Residence Advisory Committee.

Rebecca Burton is the Membership and Professional Contracts Manager at Playwrights Guild of Canada, where she also co-founded Equity in Theatre (EIT), an initiative designed to redress the underrepresentation of women in the Canadian theatre industry. Rebecca also works as an editor, educator, researcher, and feminist theatre practitioner. She is the author of the benchmark report, Adding It Up: The Status of Women in Canadian Theatre (2006), she co-edited the “Equity in Theatre” issue of Canadian Theatre Review (2016), she is the editor of Long Story Short: An Anthology of (Mostly) 10-Minute Plays (Playwrights Canada Press, 2016; 2019), and she has published articles in the field(appearing in Canadian Theatre Review, CanPlay, Theatre Research in Canada, alt.theatre, and more). Coming up this year is a two-part series in alt.theatre about changes in the Canadian theatre industry during the last decade and since the emergence of the #MeToo movement. (Photo credit: Dahlia Katz)

Lesley Fletcher is the Executive Director of the League of Canadian poets and has worked throughout the publishing industry as a community organizer, editor, bookseller, and project manager. Lesley cannot resist a bookstore, a library, a dog, or a new houseplant.

Jael (jay-ell) Richardson is the founder and Artistic Director of the Festival of Literary of Diversity – a literary festival that centres underrepresented storytellers and received the 2019 Freedom to Read Award from the Writers Union of Canada. Richardson also serves as a book columnist and guest host on CBC’s q. She has authored a memoir and a children’s book, both called The Stone Thrower. Her debut novel, Gutter Child, is coming out next year with HarperCollins Canada.

Lillian Allen. Internationally acclaimed poet/performer and language innovator, Lillian Allen works at the intersection of dub, sound and rebel poetics. She has several award winning recordings and several critically acclaimed books of poetry to her credit. Considered a cultural de-programmer, Lillian has been a strategic initiator of programs, networks and arts organization in the city for several decades now.  She is a longtime arts activist. now in her sage years and focuses on mentoring the mentors and in intensifying her work to decolonize aspects of the Canadian cultural terrain as she remains an instigator for change.  A professor of Creative Writing at OCAD University she has initiated, led its development and spearheads the launch of Ontario’s only BFA in Creative Writing.

Mandy Bayrami is the marketing manager at the Literary Press Group. She previously worked at the Association of Canadian Publishers, Second Story Press, and Playwrights Canada Press, all of which solidified her love for independent Canadian presses. She prefers pie to cake, and Netflix to movie theatres. 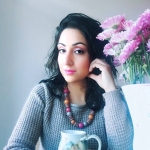 Sheniz Janmohamed  (MFA)  is a firm believer in fostering community through collaboration, compassion and creativity. In her own practice, she strives to embody words through performance, land art and writing in the ghazal form.  A poet, artist educator and land artist, Sheniz’s work has been featured at venues around the world, including the Jaipur Literature Festival, Alliance Française de Nairobi and the Aga Khan Museum. She is also the author of two collections of poetry: Bleeding Light (Mawenzi House, 2010) and Firesmoke (Mawenzi House, 2014). Sheniz visits dozens of schools and organisations each year to teach, perform, and inspire creativity in her students. In 2015, Sheniz was awarded the Lois Birkenshaw-Fleming Creative Teaching Scholarship, and she holds a Artist Educator Mentor certificate from the Royal Conservatory of Music (Toronto). 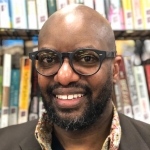 Michael Fraser has been published in numerous national and international anthologies and journals, including Paris/Atlantic, Arc Poetry Magazine, Contemporary Verse 2, and The Caribbean Writer. He was published in Best Canadian Poetry in English in 2013 and 2018. He has won numerous awards, including Freefall Magazine’s 2014 and 2015 poetry contests, the 2016 CBC Poetry Prize, and the 2018 Gwendolyn MacEwen Poetry Competition.

Bänoo Zan is a poet, librettist, translator, teacher, editor and poetry curator, with more than 180published poems and poetry-related pieces as well as three books.Song of Phoenix: Life and Works of Sylvia Plath, was reprinted in Iran in 2010. Songs of Exile, her first poetry collection,was released in 2016 in Canada by Guernica Editions.It was shortlisted for Gerald Lampert Memorial Award by the League of Canadian Poets in 2017. Letters to My Father, her second poetry book, was published in 2017 by Piquant Press in Canada. She is the founder of Shab-e She’r (Poetry Night), Toronto’s most diverse poetry reading and open mic series (inception: 2012). It is a brave space that bridges the gap between communities of poets from different ethnicities, nationalities, religions (or lack thereof), ages, genders, sexual orientations, disabilities, poetic styles, voices and visions. (Photo credit: Jeannine Pitas).