The Gathering
Celebrating 10 years of showcasing, convening and support for equity and pluralism in the Arts

Cultural Pluralism in the Arts Movement Ontario (CPAMO) celebrates 10 years of working with providing services to and facilitating learning forums for artists and arts organizations in equity, diversity, inclusivity and pluralism. Through centering their work around empowering the arts communities of Ontario with a focus on galvanizing opportunities for Indigenous and racialized professionals and organizations, CPAMO will convene the arts community around a  four day event, The Gathering: Celebrating 10 years of showcasing, convening and supporting equity and pluralism in the Arts. The first day of the Gathering will feature the Black Arts Mentorships session and the Nia Center for the Arts, for more information about all four-day please visit our website www.cpamp.org. 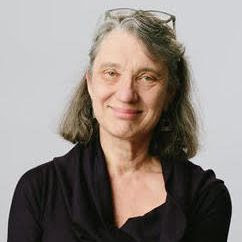 Ruth Howard is the founding Artistic Director of Jumblies Theatre. Since 2001, she and Jumblies have created multi-year residencies in a series of Toronto neighbourhoods, resulting in large-scale productions and lasting Offshoots. Ruth has worked across Canada and in the UK as a theatre designer; created many projects combining visual, literary, performing arts, oral history research and community-engagement; taught at many universities, colleges and schools; mentored many artists, projects and organizations; and won awards and recognition for her work. Some of her recent projects with Jumblies include the 2016 Train of Thought tour, the 2017 Touching Ground Festival of new works, the Four Lands touring project in 2017/18, in 2019: Odaabanaaag, a collaboration with Soundstreams and composers Melody & Beverley McKiver,Who Knew? with a Jewish seniors’ centre in North York, and Grounds for Goodness, an exploration of social hope. Many years ago, Ruth graduated from the University of Toronto and the National Theatre School of Canada. 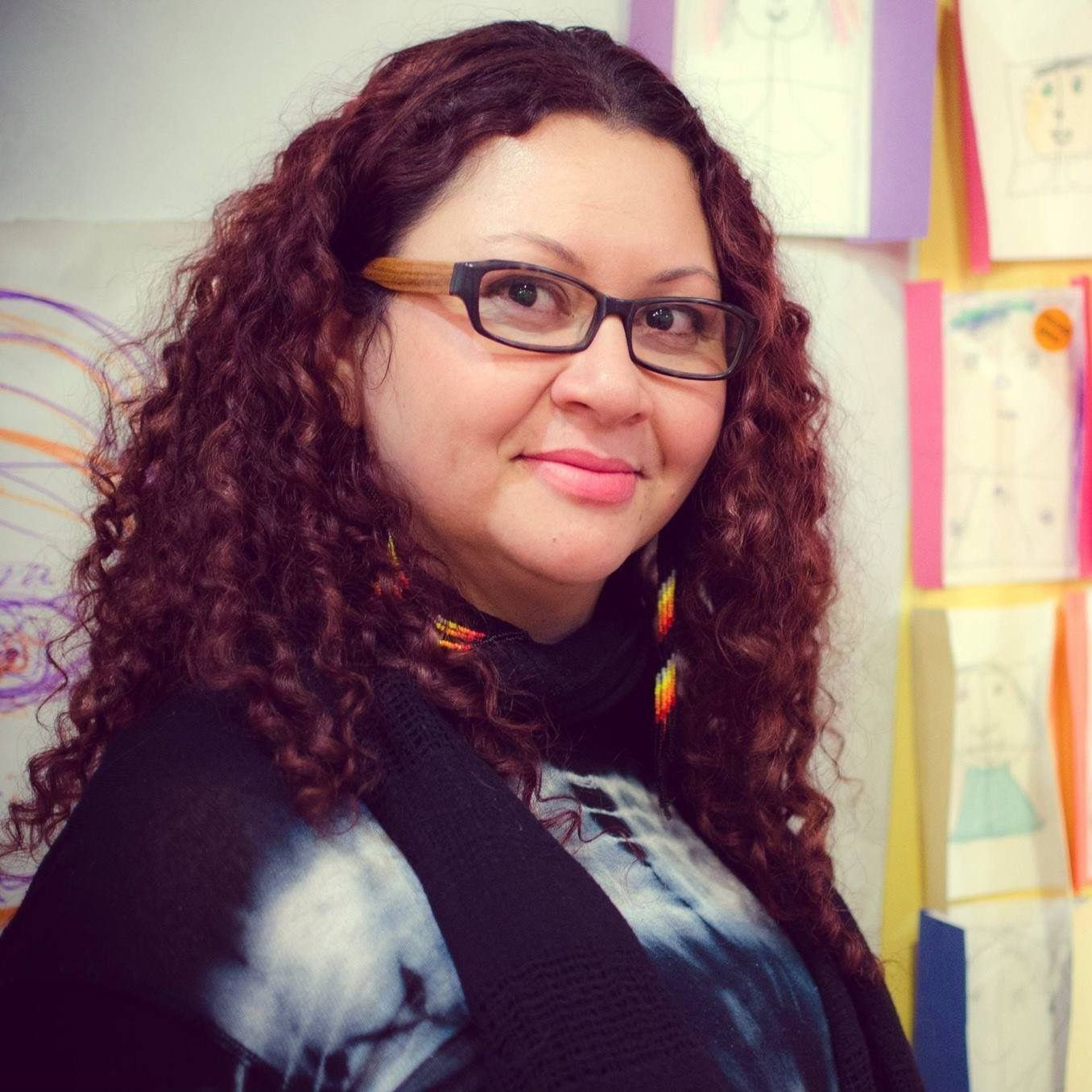 Paola Gomez is a trained human rights lawyer, community organizer, artist facilitator, writer and dreamer. A member of PEN Canada’s Writers in Exile, Paola is involved in causes such as ending violence against women and forced migration, as well as community engagement.

Paola is the co-founder and Program Director of Muse Arts (a.k.a Sick Muse Art Projects). In this role, she has developed an innovative way of integrating conversations about identity, inclusion and community engagement into community art programs. She facilitates creative writing workshops for women who are survivors of sexual violence and promotes reconciliation and acceptance through arts for Colombians affected by years of armed conflict in the region. Paola is also the Director of Happening Multicultural Festival.

Paola was awarded the 2008 Toronto Community Foundation Vital People grant in recognition of her exceptional community initiatives. The Canadian Centre of Victims of Torture (CCVT) awarded Paola with the Amina Malko Award for her work in supporting refugee women in Canada, the 2016 City of Toronto Human Rights Constant E. Hamilton on the Status of Women and most recently the 2018 Pioneers of Change Excellence in the Arts from Skills for Change for her work in supporting newcomer and refugee communities through Community Arts initiatives. 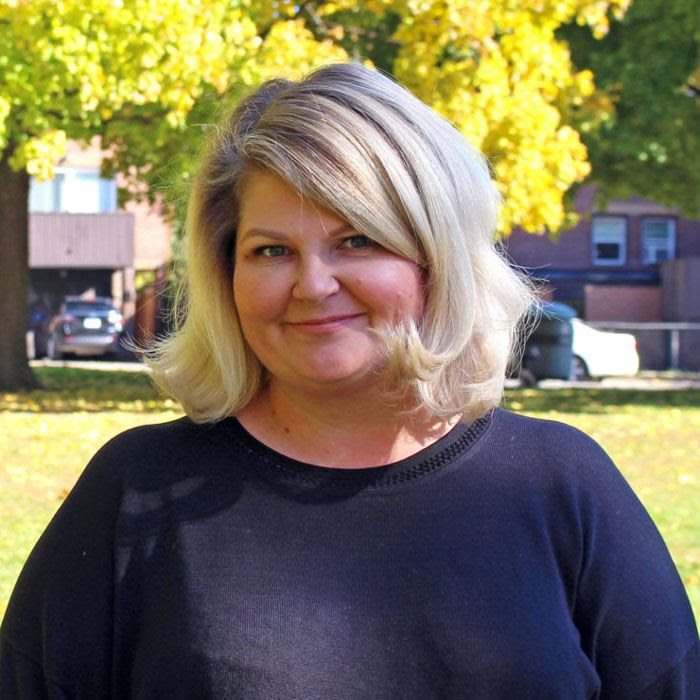 Shana Hillman is an Arts Manager with over 18 years experience in audience development, marketing, fundraising and program development. Hillman joined the staff of East End Arts in March 2017. In addition to her work with East End Arts, Shana has been the Producer for Hari Krishnan and his company inDANCE for over 17 years. Previously, she has held positions at Kaeja d’Dance, Creative Trust, Dance Umbrella of Ontario, Toronto Dance Theatre, Sony Centre and the Banff Centre. An active volunteer, Shana is President of Small Print Toronto, an organization that stages interactive literary events for children, and is also a member of the steering committees of ArtsVote and Arts Day at the City. 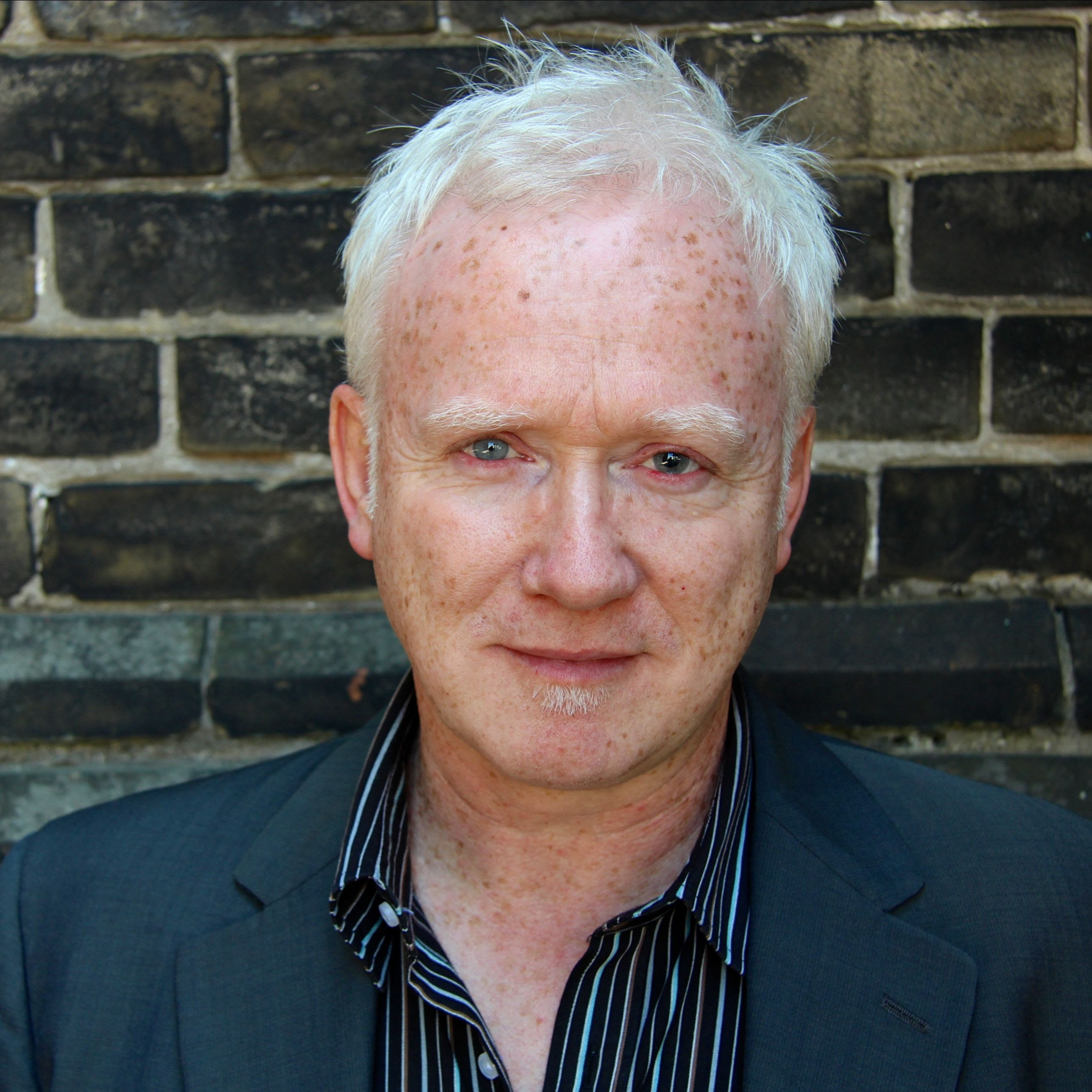 Bruce Pitkin, Executive Director, Art Starts. As a theatre artist with international experience and a community perspective, Bruce is a true believer in the power of art as a form of expression and a means to empowerment. After earning a Master of Fine Arts degree in performance from York University, Bruce performed, directed, produced, and taught in Japan, Germany, the United States, and Canada. He was the Artistic Director at both the Acting Academy (Munich) and the International Michael Chekhov School of Acting (Munich), and taught Shakespeare, Scene Study and Audition Technique at the Randolph Academy for the Performing Arts in Toronto from 2007-2013. In 2013, he was named in NOW Magazine’s Top Ten Artists to Watch for his directing work. He comes to Art Starts after five years as Executive Director of Theatre Ontario. 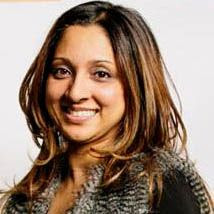 Lila Karim is the founding Executive Director of North York Arts. Over her 17-year career in the cultural sector, Lila has worked for several non-profit arts organizations including the Toronto Outdoor Art Exhibition, ReelWorld Film Festival and The Harold Greenberg Fund. Lila has held various roles including artistic producer and programmer. Through community and commercial partnerships, Lila has helped generate upwards of 500,000 cultural patrons and has created opportunities for artists and cultural-leaders to thrive. Lila is a digital photographer with a B.A.A. in photographic arts from Ryerson University. Her work has been exhibited in Toronto, and she regularly serves on visual arts juries. 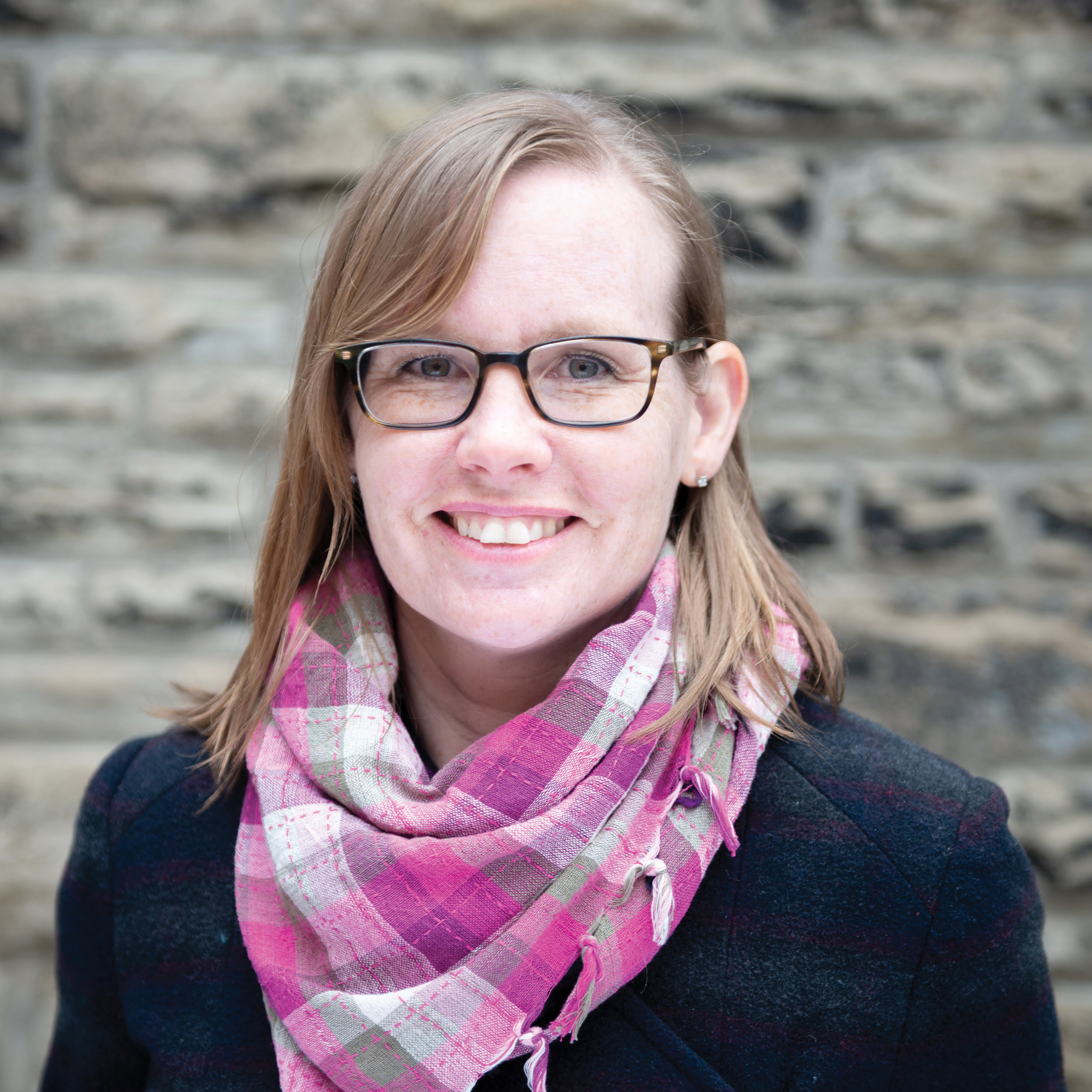 Wendy Rading is currently the Interim Executive Director at Arts Etobicoke. She has worked in the not-for-profit arts for the past decade, starting with building community at Artscape and the Living Arts Centre in Mississauga. At Arts Etobicoke as the Gallery and Program Manager, she transformed the Storefront gallery into a bustling artist community space with diverse exhibitions and artist talks.  As well, she coordinated skilled artist facilitators to provide dynamic art programs for kids, adults and seniors. Born and raised in Winnipeg, Manitoba, Wendy has a Bachelor of Fine Arts and a Bachelor of Recreation Studies from the University of Manitoba and a post graduate diploma in Arts Administration and Culture Development from Humber College. Wendy aspires to build healthy and vibrant communities by using the arts as a catalyst and to support and nurture emerging and professional artists, highlighting the benefits they bring to individuals, communities and the city. 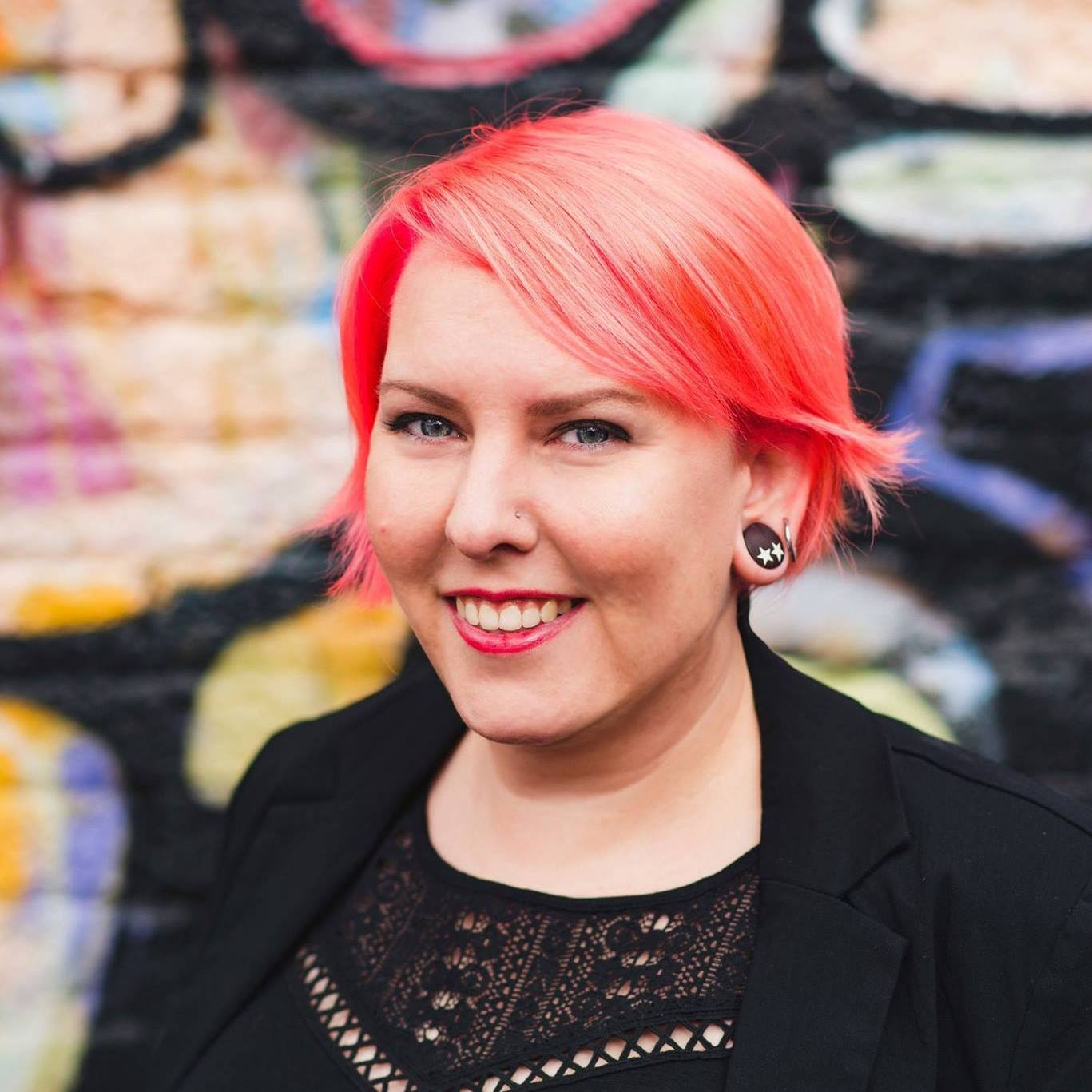 Kim Dayman is an artist, arts advocate and cultural leader. As an OCADU Alumni she strongly believes in community engagement, social justice and that art is a unifying language. For the past four years Kim has worked as Program Manager with Lakeshore Arts and has seen the organization through a period of substantial growth. Her work with the LASO’s as well as past positions with organizations such as Art Starts and The Living Arts Centre her career has focusing on community arts development outside of Toronto’s downtown core. Chosen as one of the Toronto Arts Council’s Cultural Leaders in 2018 Kim believes in increasing equity through critical and reflecting thinking and that artists play an important role in political advocacy and civic engagement. 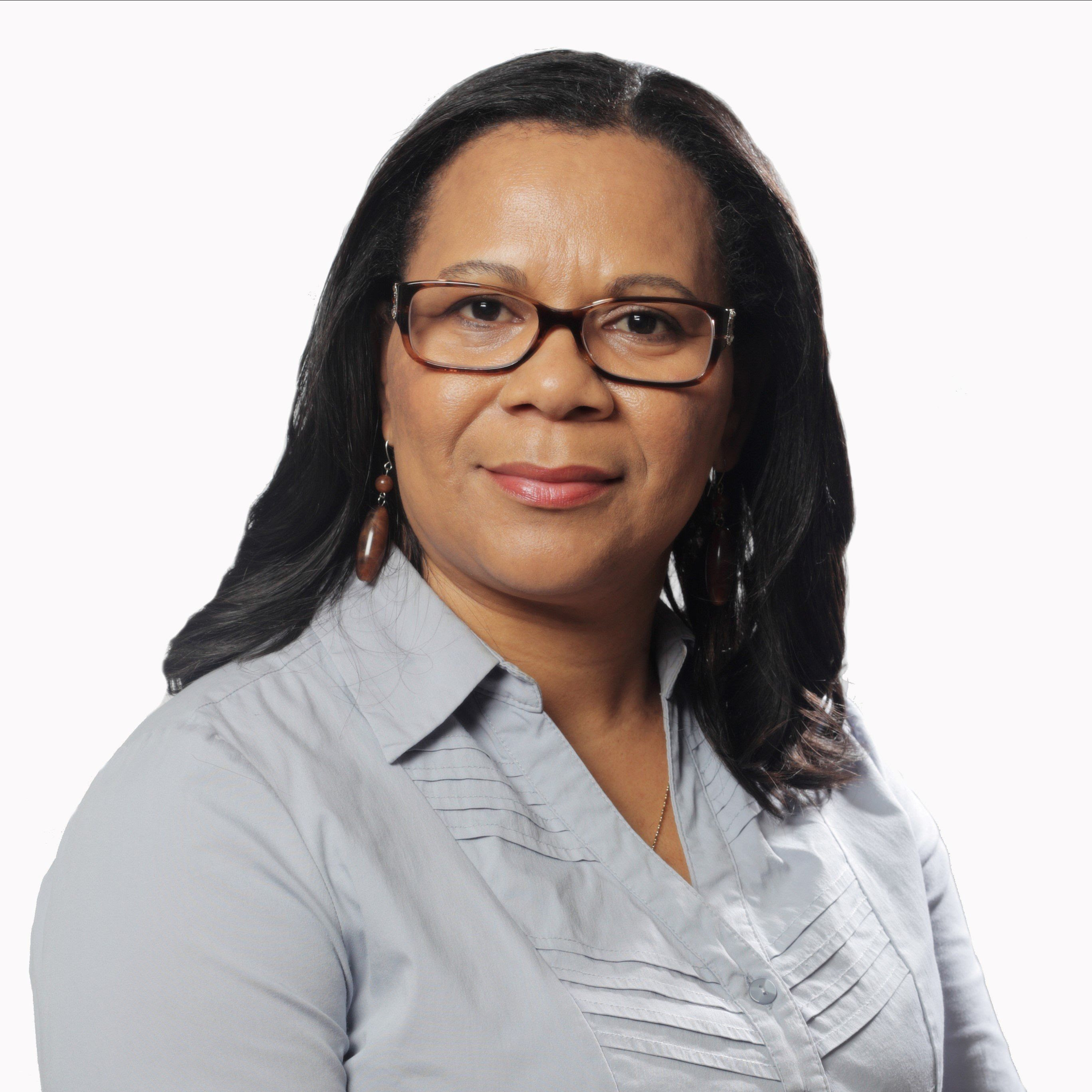 Marlene McKintosh has been the Executive Director of UrbanArts since 2008. Having worked with some of Toronto’s most notable organizations for over 25 years, Marlene has a solid background and expertise in arts administration, non-profit management, organizational development & capacity building, advocacy, training and employment services for multiple stakeholders.  With a passion for youth and the arts, Marlene works tirelessly to ensure young people have access to quality programs and services and that their voices are included in the decision-making process. Marlene is a recipient of the Black Business & Professional Association’s (BBPA) 2015 Woman of Honour Award for excellence in service to the community. 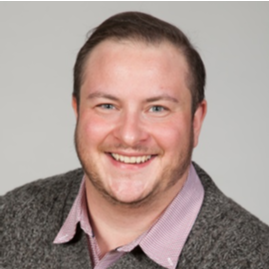 Derek Spooner, M.A., is a non-profit, management and fundraising professional with a strong background in program and fund development, operations, communications, and marketing. Currently, Derek is the Executive Director of Scarborough Arts, one of Toronto’s six Local Arts Service Organizations mandated to bring arts and cultural services to under-served communities outside the downtown core. Derek has built dynamic, profitable fundraising teams throughout his career, including $9.04M in fulfilled gifts between 2011 – 2016 for the Toronto International Film Festival, Save The Children Canada, The New England Aquarium, The Boston Museum of Science, The Chicago Memorial Children’s Hospital and Mirvish Theatre Productions. 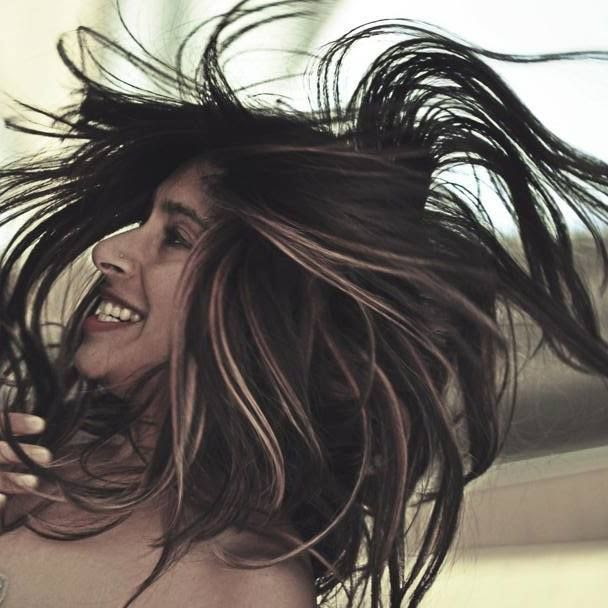 Shaunga Tagore is a queer multidisciplinary, multidimensional creator. She is a storyteller & astrologer living, working and loving in Tkaronto. Her last play, Letters to the Universe was presented at The Theatre Centre in 2017, with an exploration presented in 2017’s CPAMO gathering Her work explores themes of survivorship, hero/queeroism, and the tangling of memoir, fantasy, mythology, non-linear time and parallel dimensions. She is also invested in building a language, community and practice around theatre as ritual. Currently, Shaunga is developing a new original musical titled Otherworldly Giants – a story about the outer planets coming to life as everyday humans. She is excited to present an early exploration of this new work at CPAMO’s 10th year anniversary celebration.